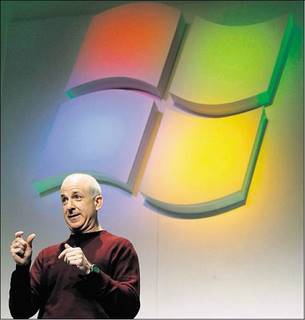 By Byron Acohido USA TODAY The software industry’s attention is riveted on Microsoft today. Software developers from around the world have convened at a conference, called Build, in Anaheim, Calif., where Microsoft will unveil details about Windows 8, the next version of its cash-cow PC operating system. Windows 8 is on course to replace Windows 7 roughly a year from now. This won’t be just another upgrade. Windows 8 is nothing less than the linchpin to Microsoft’s strategy for keeping Windows [...]

One of the toughest things about deployment in Windows 7 as well as Windows Server 2008(Pre-R2 or R2) is actually choosing what the best deployment strategy is for you. Microsoft included massive amounts of methods in which to deploy Windows with the newer versions that have been released within the last few years. The information below can help those wanting to better understand deployment for the real world as well as people looking to gain Microsoft Certifications such as the MCTS as [...]

[singlepic id=903 w=320 h=240 float=right]Ask any MCITP or Windows 7/Server 2008 IT profressional what one of the toughest concepts to master is, and more than likely “Deployment” will be at the very top of the list. Whether you’re learning this for the real world or you’re trying to pass the 70-680 or 70-686 exams to get certified, deploying Windows is something that should be well mastered! This is one of the first of our new deployment series of content we’ll [...]

(Part of the CED Solutions Quick tricks series) By: Chris Pope August 23,2010  Overview [singlepic id=903 w=320 h=240 float=right]Have you ever been in a situation in which you needed to show someone how to do something in Windows, yet you didn’t have a quick easy way of doing it? There are many different ways to demonstrate something in the Windows world, especially Windows 7. Here’s a few examples of ways screen clicks could be shown: Manually take screenshots by hitting the “Print Screen(Prt Sc) [...]

[singlepic id=903 w=320 h=240 float=right]CED Solutions is happy to announce the offer to provide a free tuition 3-day Windows 7 Technical Certification course to the first 500 applicants who are currently unemployed or between jobs.   This course will provide the technical training for the installation and configuring of the Windows 7 desktop operating system.  This course is normally a $1,995 course but applicants will only need to purchase the Microsoft Authorized course material and the exam for a cost [...]