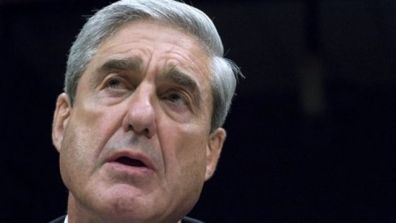 US Faces Increasing Threat Of Cyberattacks By Terrorists, Including On Battlefield, Officials Say

An eventual full-scale cyberattack on the U.S. by a terrorist organization is “a certitude,” a former senior intelligence official told Fox News, and “cyberterrorists” already are making criminal use of the technology to steal money and move it around to finance their operations.

Tech-based terror threats are increasingly raising concerns in Washington, and FBI Director Robert Mueller testified this week that such threats are among the most serious facing the U.S. — including on the battlefield.

Officials are reporting a sharp increase in the number of attacks by hackers, and Mueller, while not mentioning Iran, Russia or China by name, described a potential “cyber one-two punch,” in which a nation state or terrorist organization first steals intellectual property, then uses that information to interfere, jam or disrupt operations on the battlefield.

“Certainly long term threat is by nation states who are finding new and ingenious ways to exfiltrate information,” Mueller told the House Appropriations Committee on Wednesday. “On the one hand developing new technology for any future conflict, or on the other hand enabling them to disable our technology during in a time of war.”

Mueller also told lawmakers that terrorists may see cyberattacks as a winning strategy for circumventing the traditional post-9/11 security, which focuses on physical attacks. In prepared testimony he said, “Terrorists have not used the Internet to launch a full-scale cyberattack, but we cannot underestimate their intent.”

Mueller’s warnings took on greater urgency as the full Senate was briefed on the administration’s strategy for responding to a major cyberattack. Fox News was told the scenario included the takedown of the electrical grid. Significantly, the briefers included Mueller, Homeland Security Secretary Janet Napolitano, the head of the National Security Agency, Keith Alexander, and Joint Chiefs of Staff Chairman Gen. Martin Dempsey.

Earlier this week, Defense Secretary Leon Panetta warned that the new battlefield is on the Web. “We have a new threat, the threat of cyber intrusions and attack,” he said.

“The number and sophistication of cyberattacks on American targets by Chinese actors, likely with Chinese government involvement in many cases, is growing increasingly severe and damaging,” McCain emphasized.

Citing the recent arrests of Megaupload and LulzSec, Mueller emphasized at Wednesday’s hearing that cyberattacks are the ultimate borderless crime.

“Our ability to work internationally is absolutely essential in order to address the cyber arena,” Mueller said. “We have strategically placed agents with our counterparts in countries like Romania, the Ukraine, Estonia and the like, where much of the activity takes place.”

Mueller warned that the day may not be far away when cybercrime or cyberterrorism become the bureau’s main priority. Right now, it remains counterterrorism.

“Down the road, if a country steals those secrets that will enable that country to overwhelm us in the field of battle someplace, that is something that is a threat and ultimately may be a more serious threat.”

Fox News chief intelligence correspondent Catherine Herridge’s bestselling book “The Next Wave: On the Hunt for al Qaeda’s American Recruits” draws on her reporting for Fox News into al-Awlaki and his new the digital jihad on the web — Al Qaeda 2.0.