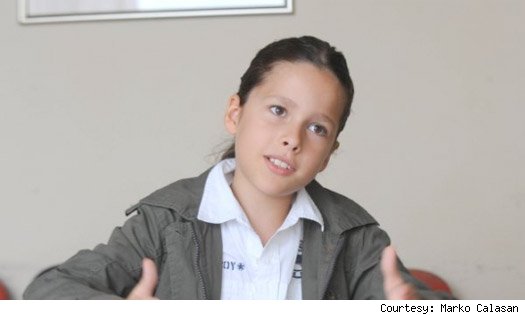 At age 6, he got his first systems administrator credential from Microsoft and, last month, he became perhaps the youngest Microsoft Certified Systems Engineer.

“I must say that from the technological point of view, Marko is definitely a wonder child,” said Matej Potokar, the general manager of Microsoft Slovenia. Potokar said in an e-mail interview that he first heard about Marko two years ago and was eager to get the chance to meet the young prodigy.

“When we were informed that he is coming to Ljubljana (Slovenia’s capital) and would like to meet with people from Microsoft Slovenia I was looking forward to meet him,” Potokar said. For a half an hour, Marko made a presentation to Potokar and his team about Active Directory and its benefits and challenges.

“It is amazing how much time and energy he dedicated to study this complex and extensive material. On the other hand, I hope that…he still finds time for his second biggest love, which is football.”

Marko already has his first gig as a system administrator, remotely managing a network of computers for a nonprofit that works with people with disabilities.

“The employees…are very glad that there is a good administrator,” Marko said in an e-mail interview. “I think that it’s true, but who knows.”

Marko said he typically spends about four hours a day at the computer, but concedes that it is sometimes 10 hours or more.

Marko is also a teacher with his own computer lab on the grounds of an elementary school where he teaches 8- to 11-year-olds the basics of computers. The lab houses 15 PCs provided by the ministry of education. That’s on top of the five computers already in the Calasan home–Marko’s dad is also an IT systems manager.

To allow him more time with his computers, Marko has permission from the government to attend school infrequently. Sometimes it’s only several times a month. And he also has a set of keys so he can go into the lab at any time.

“Sometimes when the other classmates are sleeping, I go and practice in my lab,” Marko said in an e-mail interview.

His latest project is trying to devise a way to send high-definition television signals over a comparatively slow network infrastructure. To support his effort, a Macedonian telecommunications company has given him a direct connection to its network backbone.

Marko proudly says that even over a basic DSL connection one can get HDTV without glitches. “The buffering will be very short,” he said. Marko hopes to demonstrate the technology at this year’s CeBIT show in Hannover, Germany.

The one computer-related activity Marko is not all that into is video games.

Although he is something of a celebrity in Macedonia, Calasan said he really wants to move to the United States to be closer to the latest technology–and to Microsoft itself.

“That’s my biggest wish,” he said. “I want to live in America because there are the highest technologies.”