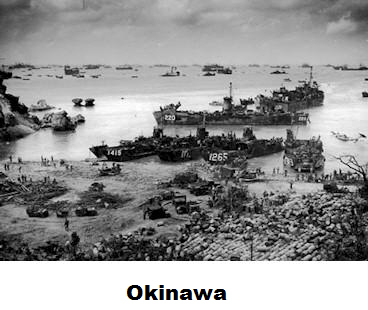 Based on the American losses on Okinawa it is estimated that US losses in the attack on mainland Japan will be in excess of 100,000 dead and 300,000 wounded.