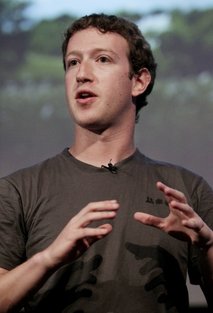 Microsoft Corp. is starting to incorporate what your friends do on Facebook right into its Bing search engine.

The software maker began rolling out a new feature Wednesday that can show what someone’s Facebook friends “like” on the search results page.

On Facebook and sites around the Web, people can click a “like” button to show support or share information with Facebook friends. In the coming weeks, if you use Bing to search for a topic in the news, articles that friends have shared on Facebook might appear, along with their names and Facebook profile photos. Restaurants and movies that friends have “liked” could help you decide what to do on your next date.

The new features were unveiled at a media event at Microsoft’s Silicon Valley offices in Mountain View, Calif.

As these features trickle out to Bing users, those who are also logged in to Facebook will see a small notification asking if they want to see Facebook friends’ information incorporated into search results.

Tailoring search results based on what friends do online is not a new idea. Google Inc., the most-visited search engine, has added ways for people to recommend certain search results or re-order the list of links on a search results page. But neither feature has really caught on.

The tie to Facebook could help No. 3 search provider Microsoft nab more Web searches. Not only is it competing with Google, Microsoft is racing against Yahoo Inc. Microsoft is currently providing search technology to Yahoo, the No. 2 search engine, but the companies are still making separate decisions about how to display results. Microsoft gets some search-ad revenue from queries made on Yahoo, but searches on its own site are more lucrative.

Privacy concerns have plagued Facebook over the years as the company has encouraged members to reveal more details about themselves. The site has a history of introducing features that people must then remove, or opt out of, instead of waiting for members to actively sign up for the new features. That approach has riled privacy advocates.

Facebook has responded with more granular controls so users can decide exactly who can see their photos, status updates and other details.

Privacy questions dominated a question-and-answer session after the announcements. Facebook CEO Mark Zuckerberg emphasized that Bing only taps into information that Facebook users have already designated as public. (To turn off instant personalization entirely, go to “privacy settings” on Facebook, click on “applications and websites” and select “edit settings” next to “instant personalization.”)

Microsoft has been working with Facebook since 2006. In 2007, the Redmond, Wash.-based software maker invested $240 million in Facebook in exchange for a 1.6 percent stake.

The companies said more integrated features will be coming to Bing in the future.