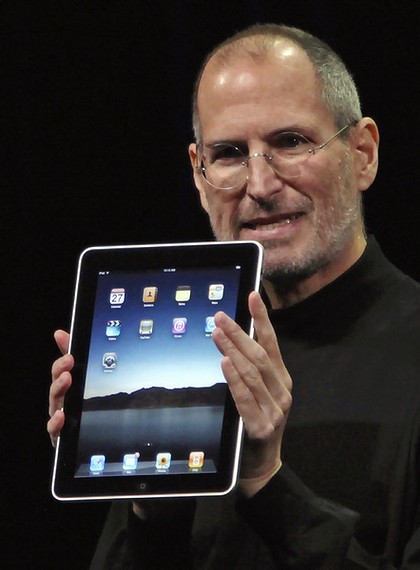 What to Expect from the iPad 2 Announcement on Wednesday

Here’s the skinny on what we may or may not see out of Apple’s iPad 2 announcement next Wednesday.

Like every other site on the internet, I have no identifiable and/or credible sources for this information. These are merely my own bets as a handsome titan of the tech media—feel free to leave your own in the comments.

Probably not. It’d be cool if Jobs did the announcement but it’ll probably be done by either Apple’s marketing VP Phil Schiller, maaaaybe interim CEO Tim Cook or perhaps a rotating cast of Apple executives. Jony Ive, Apple’s head of industrial design, may make an appearance as well.

It almost seems like Jobs would actually take the focus away from the product launch, as odd as that sounds.

Yes. When the first iPad was announced, a lot of people were like, “It would be PERFECT if it only had a camera!” They all bought it anyway, and Apple will add at least a front-facing camera to this new iPad so everyone who asked for it initially will feel as though they’ve been heard.

It’s got its FaceTime initiative, too, and almost every rumor has pointed to a camera. Slam dunk. A rear-facing camera? Maybe. It’d be a trivial addition, but you never know—what if Apple holds it until the iPad 3 so everyone who said the iPad 2 would have been PERFECT if only it had front- and rear-facing cameras (but bought the iPad 2 anyway) felt they’d been heard?

Yes, yes, and yes. Marginally thinner, marginally lighter, noticeably more powerful. Look at what’s going into competing Android tablets: A dual-core processor and an entire gigabyte of RAM are becoming par for the course. Engadget seems to think the next iPad will only have 512 megabytes of RAM, which is possible. The processor will almost certainly be dual-core.

I’m interested to see how much weight Apple’s able to shave off the 1.5-pound figure from the first version. Getting the new one down to a pound would be pretty incredible, but a couple ounces lighter may be more realistic.

This is actually what I’m most interested in finding out on Wednesday.

When Apple announced the original iPad, I thought the boxy 1024×768 screen resolution was a weird choice given that the whole world’s gone high-definition and widescreen. But the iPad’s ability to scale iPhone apps from a 480×320 screen to a 1024×768 screen made the decision a bit clearer given that the two devices’ pixel ratios align pretty closely.

And although rumors of an insanely high-resolution screen for the iPad 2 surfaced back in January, they were short-lived. The technology’s just not there yet, but Apple’s rumored to be pumping billions of dollars into display technology. So crazy, next-generation screens will probably show up earlier than we expect, but everything about Wednesday’s announcement has indicated the new iPad will have the same 1024×768 screen.

However, it would strike me as odd if Apple didn’t at least do something to enhance the screen in some way. When the iPhone 3GS was rolled out, its screen was largely the same as the one on the iPhone 3G except that the 3GS’ screen featured an “oleophobic” coating to leave fewer fingerprints. The next iPad might get something like that or perhaps a bump in brightness or contrast—but signs seem to point to the same 1024×768 resolution.

Doubt it. Steve Jobs made it clear that he thinks 7-inch tablets are dumb. I have a sneaking suspicion that stance may someday turn into “Other 7-inch tablets are dumb, but we here at Apple made one that’s not dumb and we’re the only company capable of pulling that off.” Maybe we’ll see a smaller iPad around the holidays. Or never. But not on Wednesday.

I think it’ll probably be almost exactly the same as current pricing, but maybe the base-level model will feature more storage—32 gigabytes instead of 16 gigabytes, for instance. Then perhaps the other models will have 64 and 128 gigabytes. You know what would be fun to watch, though? If Apple put out, say, an 8-gigabyte Wi-Fi version priced at $399.

None of these new tablets coming out have been able to compete with Apple on price (sounds weird to say that, huh?) and a $399 entry-level version would widen the gap even more. The current $499 iPad costs Apple $230 to build, so there’s plenty of wiggle room there.

And despite recent murmurs about production delays, I have my fingers crossed that Apple will pull out the old “they’re available starting today” line at the end of the announcement. Why wait? If the company adheres to its annual product cycle, though, early April would be the time-frame.